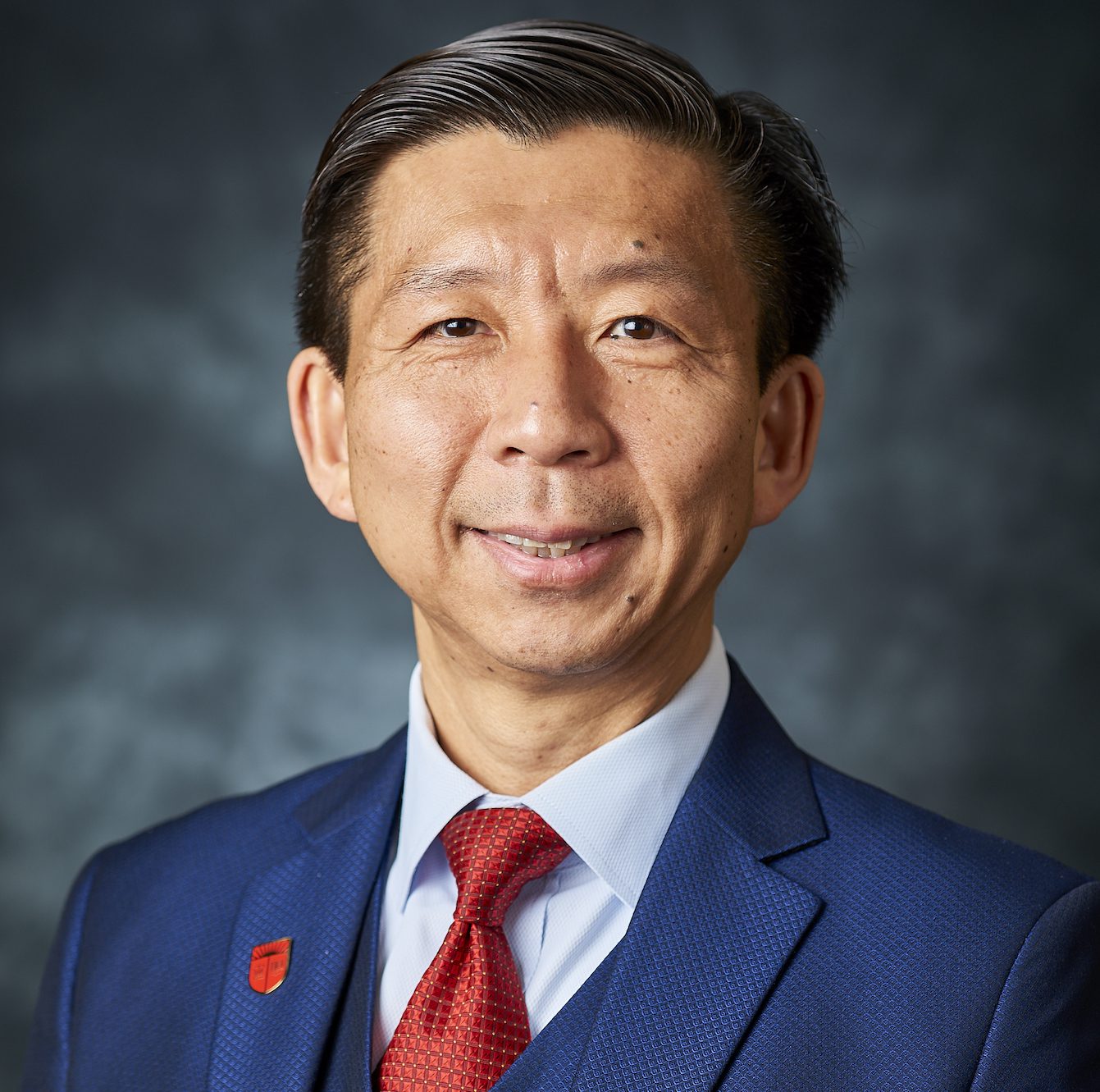 Dr. XinQi Dong, MD, MPH, is director of the Institute for Health, Health Care Policy and Aging Research at Rutgers University-New Brunswick, and the inaugural Henry Rutgers Distinguished Professor of Population Health Sciences. Dr. Dong is a population health epidemiologist and geriatrician, and has published extensively on violence prevention, elder justice and healthy aging, with more than 220 peer-reviewed publications.

Dr. Dong has led multiple longitudinal epidemiological studies, including the New Jersey Population Health Cohort Study, currently in the design phase, and The PINE Study of 3,300 Chinese older adults to quantify relationships among culture, violence and health outcomes. Dr. Dong is the principal investigator of numerous federally-funded grants, and has mentored many trainees and faculty researchers to success. He leads the National Institute on Aging-funded P30 Asian Resource Center for Minority Aging Research (RCMAR).

Dr. Dong serves on many editorial boards, was guest editor-in-chief for the Journal of Aging and Health and the Journal of Gerontology: Medical Sciences, and edited the key textbook on elder abuse – the field’s largest collection of research, practice, and policy. Dr. Dong was elected to be a Commissioner for the Commission on Law and Aging of the American Bar Association.

Dr. Dong was the recipient of the Paul Beeson Award by the National Institute on Aging; the first geriatrician to receive the National Physician Advocacy Merit Award by the Institute for Medicine as a Profession; the Nobuo Maeda International Aging and Public Health Research Award and the National Award for Excellence by the American Public Health Association; the Maxwell Pollack Award in Productive Aging, the Joseph Freeman Award, and the Powell Lawton Award by the Gerontological Society of America; the Rosalie Wolf Award by the National Committee on the Prevention of Elder Abuse; and the Outstanding Scientific Achievement for Clinical Investigation Award by the American Geriatric Society. In 2017, Dr. Dong was awarded the Ewald Busse Award by the International Congress of Gerontology and Geriatrics. In 2018, he received the Robert Wood Johnson Foundation’s Health Equity Award.

A strong advocate for advancing population health issues in under-represented communities at the local and national levels and around the world, Dr. Dong has worked with multiple institutions in China as well as the Chinese National Committee on Aging to further dialogue between the US and China on elder justice and mental health.

Dr. Dong served as a senior advisor for the Department of Health and Human Services under the Obama administration. His policy and advocacy work with the Department of Justice and Centers for Disease Control and Prevention have also shaped the national agenda on the surveillance and preventive strategies combating issues of violence.

In 2011, Dr. Dong was appointed as a member of the Institute of Medicine: Global Violence Prevention Forum. Subsequently, he chaired the institute’s workshop on elder abuse prevention. In 2017, Dr. Dong was invited to be the planning committee member for the Board on Global Health to chart the future of violence prevention efforts at the National Academy of Medicine. In 2018, Dr. Dong became a member of the academy’s consensus study: Care Interventions for Individuals with Dementia and their Caregivers. In 2018, Dr. Dong was elected to the American Society of Clinical Investigation.

An immigrant to the United States, Dr. Dong grew up in a rural village near Nanjing, China. He received his bachelor’s degree in biology and economics from the University of Chicago, his medical degree at Rush University College of Medicine, and a masters in public health in epidemiology at the University of Illinois at Chicago. He completed his internal medicine residency and geriatric fellowship at Yale University Medical Center.