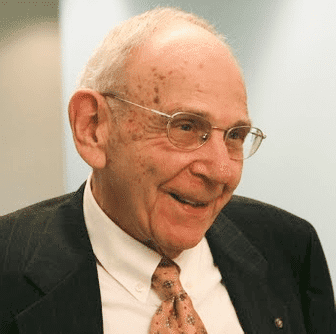 David Mechanic (Ph.D., Stanford, 1959), is the René Dubos University Professor of Behavioral Sciences, Emeritus and Founding Director (1985-2013) of the Institute for Health, Health Care Policy, and Aging Research at Rutgers University. His research and writing deal with social aspects of health and health care.

David Mechanic received his Ph.D. from Stanford and joined the University of Wisconsin faculty in 1960, where he was chair of the Department of Sociology (1968-1970), the John Bascom Professor of Sociology (1973-1979) and Director of the Center for Medical Sociology and Health Services Research (1972-1979). He moved to Rutgers University in 1979, was Dean of the Faculty of Arts and Sciences (1980-1984), directed the NIMH Center at Rutgers for Research on the Organization and Financing of Care for the Severely Mentally Ill (1988-2004) and established the Rutgers Institute for Health, Health Care Policy, and Aging Research (1985) which he directed until 2013. He also served as the Director of the Robert Wood Johnson Foundation’s Investigator Awards in Health Policy Research Program (2000-2012).

David Mechanic has received many awards including the Health Services Research Prize from the Association of University Programs in Health Administration and the Baxter Allegiance Foundation, the Distinguished Investigator Award from the Association for Health Services Research, the Rema Lapouse Award and the First Carl Taube Award for Distinguished Contributions to Mental Health Services Research from the American Public Health Association, and the Distinguished Career Award for the Practice of Sociology, Distinguished Medical Sociologist Award and Lifetime Contributions Award in Mental Health from the American Sociological Association. He also received the Benjamin Rush Award (and Lecture) from the American Psychiatric Association (2004) and was selected for the Inaugural Lecture and Award in the Behavioral and Social Sciences honoring Matilda White Riley at the NIH (2006). He also was selected as the John Eisenberg Legacy Lecturer at the University of California in 2014. He has been a Guggenheim Fellow and Fellow at the Center for Advanced Study in The Behavioral Sciences at Stanford.

He has written or edited more than 25 books and approximately 400 research articles, chapters and other publications in medical sociology, health policy, health services research, and the social and behavioral sciences. Among his books are Mental Health and Social Policy: Beyond Managed Care (6th Edition, 2013); The Truth About Health Care: Why Reform Is Not Working In America (2006); Policy Challenges in Modern Health Care (2005); Inescapable Decisions: The Imperatives of Health Reform (1994); Painful Choices: Research and Essays on Heath Care (1989); From Advocacy to Allocation: The Evolving American Health Care System (1986); and Future Issues in Health Care: Social Policy and the Rationing of Medical Services (1979).