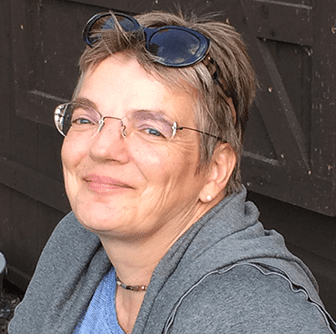 Johanna Schoen (Ph.D. Univ. of North Carolina, 1996) is a professor in the Department of History. Her major interests are the history of women and medicine, the history of reproductive rights, and the history of sexuality. Her research traces women’s health and reproductive care through the twentieth century. Her first book, Choice and Coercion: Birth Control, Sterilization, and Abortion in Public Health and Welfare, examines the role which birth control, sterilization, and abortion played in public health and welfare policies between the 1920s and the 1970s.

Schoen’s second book, Abortion After Roe, which won the William H. Welch Medal for the best book in the history of medicine by the American Association for the History of Medicine, traces the history of abortion since legalization. Abortion is – and always has been – an arena for contesting power relations between women and men. When in 1973 the Supreme Court made the procedure legal throughout the United States, it seemed that women were at last able to make decisions about their own bodies. In the four decades that followed, however, abortion became ever more politicized and stigmatized. Abortion After Roe chronicles and analyzes what the new legal status and changing political environment have meant for abortion providers and their patients. It sheds light on the little-studied experience of performing and receiving abortion care from the 1970s – a period of optimism – to the rise of the antiabortion movement and the escalation of antiabortion tactics in the 1980s to the 1990s and beyond, when violent attacks on clinics and abortion providers led to a new articulation of abortion care as moral work. More than four decades after the legalization of abortion, the abortion provider community has powerfully asserted that abortion care is a moral good.

For decades, Schoen has worked with abortion providers to preserve the history of legal abortion in the United States and to use historical analysis and insights to help preserve access to abortion care. Her current work explores ethical frameworks in defense of the right to decide over life and death in abortion care, neonatology, and at the end of life in so-called physician assisted deaths.

With Kim Mutcherson from the Rutgers Law School at Camden, she is co-directing the Rutgers Center for Historical Analysis Life and Death Seminar from 2019-2021.

In her spare time, she volunteers at Memorial Sloan Kettering Cancer Center where she is a member of the Patient and Family Advisory Counsel for Quality and the Ethics Committee and works on improving end-of-life conversations between clinicians, patients, and caregivers.