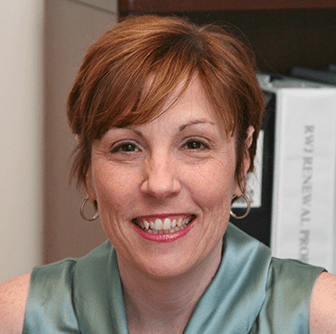 Margaret Koller (M.S., Rutgers University) is the Executive Director at Rutgers Center for State Health Policy, serving as the Center’s Chief Operating Officer overseeing all project development, financial, and strategic planning activities. Currently, Ms. Koller is directing the Center’s implementation of the NJ Integrated Population Health Data (iPHD) Project in New Jersey which will use linked data to inform population health research and improve the efficiency of state government programs. Ms. Koller is also the co-principal investigator for the Center’s infrastructure grant from the Robert Wood Johnson Foundation and recently directed the Center’s $14 million Affordable Care Act (ACA) project portfolio funded by the Center for Medicare & Medicaid Innovation (CMMI), which included the State Innovation Model (SIM) Design grant to advance New Jersey’s delivery system transformation priorities. Her expertise is in the areas of health care coverage and access, and insurance regulations and she routinely represents the Center to policy and stakeholder audiences around the state. Ms. Koller received a gubernatorial appointment to the New Jersey Small Employer Health Benefits Program Board of Directors where she currently serves as the Board’s Vice Chairperson. She is also an active member of Senator Joseph Vitale’s Working Group on Health Reform and sits on the Advisory Board of Rutgers Institute for Women’s Leadership. Prior to joining the Center, Ms. Koller worked for Prudential HealthCare, and later Aetna, in a series of leadership roles. Prior to her experience in managed care, she served as a Congressional Aide in the New Jersey district office of Congressman Bernard Dwyer. Ms. Koller was a fellow at the Eagleton Institute of Politics at Rutgers University where she earned an M.S. in Public Policy.