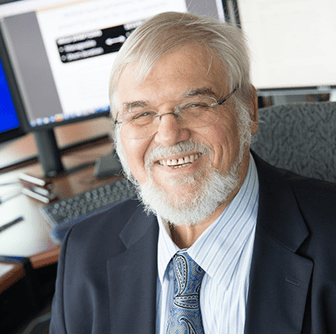 Stephen Crystal (Ph. D., Harvard, 1981) is Board of Governors Professor in the Institute for Health, Health Care Policy and Aging Research and the School of Social Work. At the Institute, he directs the Center for Health Services Research on Pharmacotherapy, Chronic Disease Management, and Outcomes, whose programs include the AHRQ-funded Center for Education and Research on Mental Health Therapeutics. He also is Chair of the Institute’s Division on Aging and Associate Institute Director for Health Services Research. Dr. Crystal’s work, which has resulted in more than 250 publications, includes many widely cited books and research articles on old-age policy and services for the elderly; on the use and outcomes of psychotropic medications and other mental health treatments; on HIV/AIDS care; and on numerous other health care and social policy topics. His work on gerontological policy and inequality has been particularly influential nationally, as the cumulative advantage model of aging which he originally proposed in the 1980s and has developed in a line of subsequent work has contributed to understanding of late-life inequalities and the way in which initial advantages such as educational attainment; social structures; health and economic events over the lifecourse; and public policies interact to shape late-life outcomes. He has also been an important contributor to research on long-term care and mental health among the elderly. His work on mental health services has contributed importantly to understanding problems of healthcare access, quality and disparities in large usual care populations, particularly those served by Medicare and Medicaid. Much of his recent work has focused on prescription drug use in society where he has pioneered important studies on treatment use, safety, and effectiveness, including current work on comparative effectiveness of treatments funded by the FDA and the Agency for Healthcare Research and Quality. In 2009, his contributions to scholarship on health services and outcomes were recognized by his appointment as Board of Governors Professor of Health Services Research at Rutgers University, with the university’s Board of Governors citing his “major theoretical, methodological, and research contributions in the fields of aging, HIV care, and behavioral health; his highly influential and social policy scholarship; the impressive rigor of his cross-disciplinary research contributions that have shaped thinking, both in the U.S. and abroad, on issues confronting some of the most vulnerable groups in our society” and for his “numerous and enormously influential books, journal articles, reports, and other publications . and his outstanding contributions to improving decision-making in public policy as evidenced by his frequent invitations to testify before and advise Congress and other policymakers.”