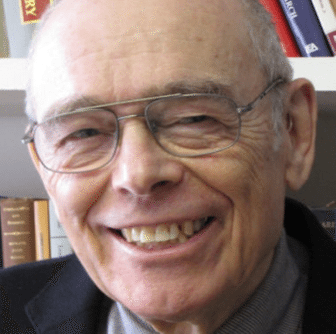 Howard Leventhal (Ph.D., University of North Carolina, 1956) Board of Governors Professor of Health Psychology and member of the Institute of Medicine of the National Academy of Sciences, is one of the nation’s most distinguished health psychologists. Dr. Leventhal has authored over 300 research articles and requested chapters and served as editor of five volumes reporting new developments in the theory and empirical study of health behavior during his academic tenure at Yale University (1958 – 1967), the University of Wisconsin, Madison (1967-1988), and Rutgers University (1988 to the present). His scientific contributions have been recognized by awards from the Division of Health Psychology (38), the Divisions of Health Psychology and Aging (20 and 38) of the American Psychological Association, and the Gold Medal for Life Time Achievement in Psychological Science from the American Psychological Foundation (2005). His participation in professional associations included service as President of the Division of Health Psychology (38) of the American Psychological Association (1996-1997); Fellow of AAAS, APA, APS, and SBM; and Member of the Advisory Board of the Academy of Behavioral Medicine Research (ABMR). Dr. Leventhal has served as a consultant to a wide variety of federal institutions and was a member and chair of the Behavioral Medicine Study Section of the NIH and has participated in and served as chair of committees for various institutes (e.g., NIA, NHLBI) on issues ranging from training young scientists to compliance with treatment. He served for five or more years on the International Advisory Board of the Research Institute for Psychology and Health (Universities of Leiden, Utrecht and Tilburg; acknowledged by the Royal Dutch Academy of Science), and the External Advisory Boards of the Mind Body Centers at the University of Pittsburgh and Ohio State University. He is a consultant to the Behavioral Science Program at the Population Science Program of the Fox Chase Cancer Center (FCCC) in Philadelphia, PA. He and his students are actively involved in research with the Health Services Research Program at the Department of Health Policy and the Division of General Internal Medicine at Mount Sinai School of Medicine (MSSM), as well as with the Division of General Internal Medicine at University of Texas Southwestern Medical Center (UTSMC) in Dallas and Medical College of Wisconsin (MCW). He was an associate editor of Health Psychology during its early years as a Division 38 journal, was co-editor of the Journal of Psychology and Health and the International Review of Health Psychology, and has served on the boards of multiple journals (JPSP; Cognition and Emotion; Journal of Applied Social Psychology; Patient Education and Counseling; Health Psychology). Dr. Leventhal’s theoretical and empirical contributions span the fields of emotion, illness behavior, and illness attribution and have resulted in invitations to deliver invited addresses in the UK, the Netherlands, Switzerland, Germany, Taiwan and at multiple universities and medical schools in the United States, and for several APA Science Weekends. His studies have yielded ways to improve patient compliance with treatment regimens for chronic illness; provided guidelines for safe and useful interventions to minimize the pain and distress of surgery, childbirth, and chemotherapy; and suggested useful strategies for smoking intervention and prevention, and for controlling hypertension. His research on stress symptom perception and coping among older persons was funded by an NIH MERIT award. Dr. Leventhal is the Director of the Center for the Study of Health Beliefs and Behavior (Center), a multi-institutional center (UMDNJ Robert Wood Johnson Medical School (RWJMS); UTSMC in Dallas; MSSM in New York; MCW; Department of Psychology at University of Auckland; East Orange Veterans Affairs; and FCCC) that was one of the Mind-Body Centers funded by the National Institute on Aging of the NIH. The Center conducts basic research in clinical settings examining how cognitive-affective factors affect communication among patients, practitioners and families, and how effective sharing of illness models affects health outcomes. At Rutgers University, he is the Institute of Health’s Associate Director of Development, Director for the Division on Health, and has spearheaded the Institute’s efforts to develop studies on behavioral health in minority populations. The latter work began with the formation of an NIA sponsored Center for the Promotion of Health among Elderly African Americans and will continue in collaboration with investigators at MSSM, the New Jersey Medical School and UMDNJ RWJMS, UTSMC, MCW, the East Orange VA Hospital, and the Center for Health Beliefs and Behavior. Dr. Leventhal is an active participant in the Health Psychology Program in the Rutgers Department of Psychology and a member of the Cancer Institute of New Jersey, its Internal Advisory Board and the Division of Population Sciences.