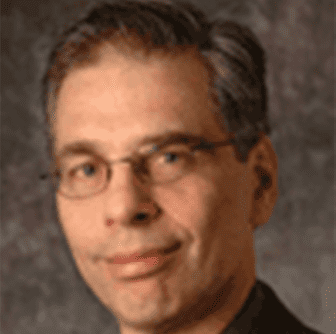 Richard J. Contrada (Ph.D., CUNY, 1985) has conducted research on psychological aspects of physical health that has been published in over 100 articles, chapters, and books. He obtained a Ph.D. in Social/Personality Psychology at the Graduate Center of the City University of New York in 1985, and was a Post-Doctoral Fellow in the Department of Medical Psychology at Uniformed Services University of the Health Sciences in Bethesda, Maryland, before joining the Rutgers-New Brunswick Department of Psychology in 1986. Dr. Contrada’s work addresses psychosocial, behavioral, and psychophysiological aspects of cardiovascular and other chronic diseases. He has a longstanding interest in personality and health, and also has examined the roles of religion, marital status, and social support in recovery, quality of life, and mortality following cardiac surgery. His work has been supported by the NIH Mental Health and Aging Institutes, U.S. Army, Fetzer Institute, and Charles A. Dana Foundation. Among his other interests are psychological stress, self-regulation, and the health effects of racial/ethnic discrimination. Most recently he has initiated work on the electrocortical and cardiovascular correlates of health-related psychological factors including disease-specific fears and self-concept/social identity. His work has been published in Health Psychology, Psychosomatic Medicine, Journal of Personality and Social Psychology, Psychophysiology, American Journal of Cardiology, Journal of Psychosomatic Research, and the Journal of Health and Social Behavior. He has also edited two books, Self, Social Identity, and Physical Health: Interdisciplinary Explorations (with Richard D. Ashmore; Oxford University Press, 1999), and The Handbook of Stress Science: Biology, Psychology, and Health (with Andrew Baum; Springer Publishing Company, 2011). Dr. Contrada has served as a member of the Health Behavior and Prevention Study Section of the NIMH, and as Associate Editor of Health Psychology. He has also served on the editorial boards of the Journal of Personality and Social Psychology, Journal of Applied Social Psychology, Journal of Behavioral Medicine, Psychosomatic Medicine, Stress and Health, Heart & Lung, and the Annals of Behavioral Medicine. Dr. Contrada is a Fellow of APA, APS, and SBM, and has received the Rutgers University Award for Excellence in Graduate Teaching.